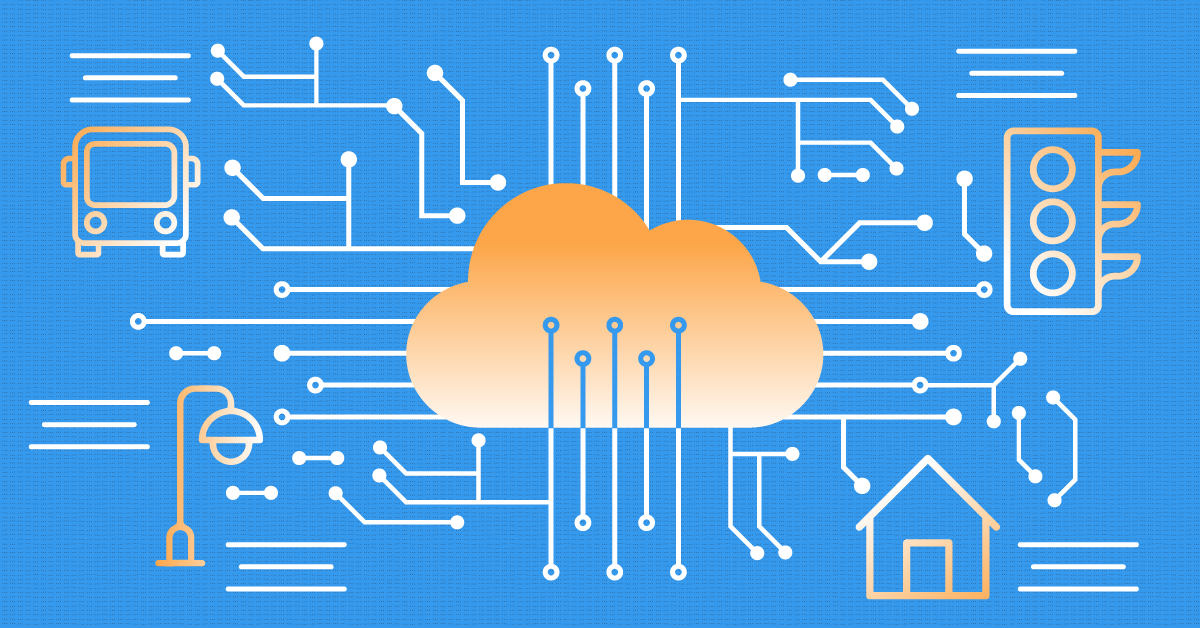 The Internet of Things – a term that has been used extensively in the past decade, yet still has a somewhat vague meaning to citizens and city management teams across the globe. For some, it’s their kettle’s ability to turn itself on and off remotely. For us, it’s the basis of the emergence of truly smart cities. Let’s elaborate on that, but first…

What is IoT and what are IoT sensors?

Broadly speaking, IoT is a network of interconnected sensors and switches that monitor and manage different applications, appliances and even other sensors. IoT sensors can be infrared, RFID, GPS, laser scanners and other types, synchronised via Wi-Fi, 3G or other types of connectivity. The raw data from these sensors is then fed to the IoT system, and according to a set of rules it can provide a specific solution.

IoT sensors vary in terms of types and sizes, but their purpose is to generate a constant, real-time feed of data synced via cloud technology that serves the underlying IoT system to take informed decisions – manually or automatically.

IoT is the network that connects these sensors and governs their output into meaningful decisions. The systems underlying an IoT ecosystem can be compared to ‘brains’ that take the raw data from the sensors, process it according to specific algorithms, and then create an outcome. This outcome might be in the form of detailed analysis for municipal staff – so that they can take better informed decisions about a specific issue, or an automated rule – for example, when an intelligent traffic system regulates traffic lights automatically based on the sensors’ input.

What’s more, citizens can be part of this smart ecosystem by providing data through their own smartphones.

On the road to smart: building the IoT ecosystem

Smart lighting poles are one of the best ways to implement IoT sensors on a scale. Using the infrastructure of lighting poles means that connectivity at high speed is easily maintained and no data is lost. Apart from that, city management has flexibility as to how to position sensors, upgrade them or include new ones.

But first, cities need to make sure they follow certain guidelines for implementing the Internet of Things on their smart city agenda. Probably the most contentious point in it are privacy and security concerns. Data collection procedures should first and foremost meet the expectations of people – being transparent, secure, anonymized and with limited shareability (for the purposes of the city itself only).

To ensure this, the latest security protocols should be used for both data transmission and storage.

Applications of the IoT technology

Whether it’s an application that tells citizens what’s the best route to their destination, are there available parking spots in the area, or what’s the air quality right now – IoT sensors and the underlying IoT ecosystem have the potential to improve living standards significantly. And this is not something that is far away in the future. It’s already happening in cities like New York (where the Connected Vehicle project helps reduce traffic accidents), Paris (where high-rise buildings will help reduce the carbon footprint of the city), London (where a smart parking solution helps drivers reduce cruising times), and many more.

If you believe your city has the potential to benefit from a smart IoT system (it most certainly does!) – contact us today so we can discuss actionable steps!