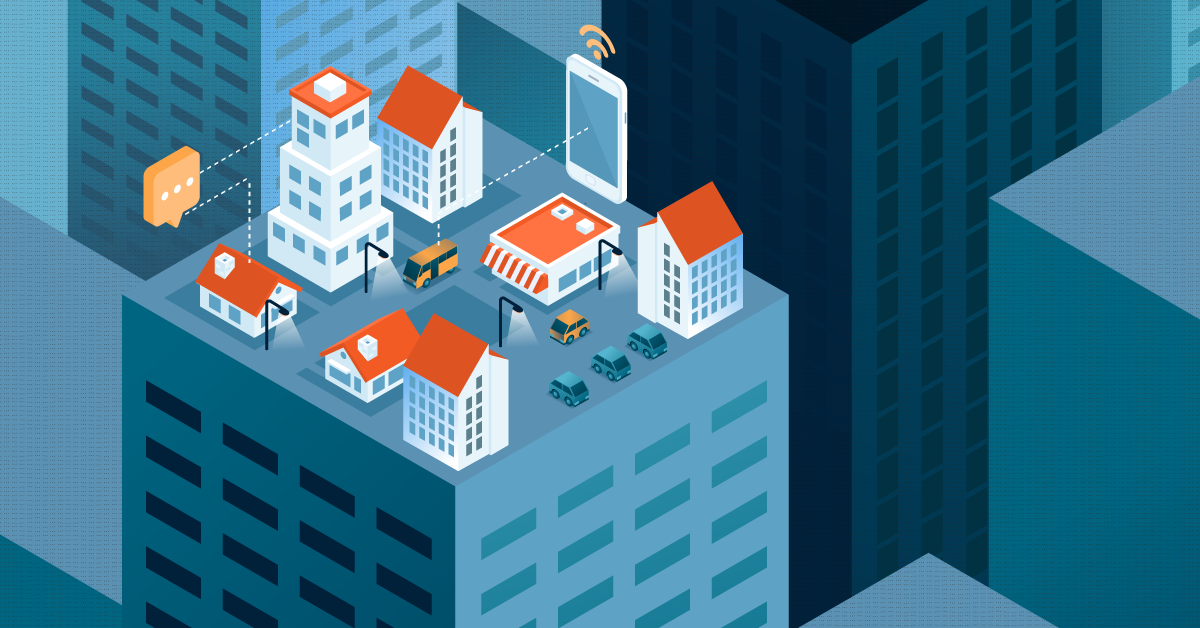 The narrative about smart cities has always been revolving around megalopolises. Singapore, Hong Kong, Dubai, New York, London… Does this mean that only cities with 1+ million inhabitants have the potential to become smart? We don’t think so. Any city, no matter its size, has the potential to include smart tech on its agenda and benefit from improved processes, better efficiency and a move towards sustainability. The question is how small and mid-sized cities can implement smart tech that takes into account their specific problems. Let’s discuss!

What are the main pain points of small & mid-sized cities that can be addressed by smart technology?

The first step towards finding a working smart solution for smaller cities is to define what a small and mid-sized city is. For the sake of this article, we’ll put cities under 300 000 inhabitants in this category.

Next up is finding the differences between megalopolises and this group of cities. There are a few specific problems that can be addressed by smart tech:

Small and mid-sized cities rarely have the congestion issues that megalopolises face on a daily basis. But they can still face these issues if they are experiencing growth pains thanks to outdated infrastructure. Narrow streets and neglect in their upkeep, combined with new neighbourhoods popping up as new people settle in can lead to traffic chaos on a smaller scale.

Another common issue is scarce public transportation (if at all). The most common situation is when buses serve only the most used routes, leaving the city’s periphery outside of reliable service and thus urging people to use their own vehicles.

Smaller cities rarely create a steady flow of opportunities for incoming people. It’s not uncommon for people to work in a nearby economic hub, spending up to 3 hours per day commuting.

Many smart companies make offers based on the number of sensors or other equipment pieces which puts bigger cities at an unfair advantage as they will always need more – and thus be able to get them cheaper. What’s more, smaller cities face substantial challenges when they ask the government or investors for funding. Lacking the expertise to communicate not only visible but also invisible problems leads to missed opportunities.

Few smaller cities, notably concentrated in communities in Western Europe and the US, have an adequate digital citizenship platform to take care of the open communication between city management, businesses and citizens. This means that city management can face problems acquiring the citizens’ approval on important issues, and respectively communicating back the improvements they have made.

As counterintuitive as it may sound, big city living may be more sustainable than small-city living. Energy consumption, types of energy used, technologies available to the population and access to innovation makes tightly packed megalopolises better suited to sustainability models than smaller cities.

When we speak about smart tech, smaller cities may be left behind, but it’s not due to the lack of potential. Implementing smart technologies may be cheaper on a larger scale, but it’s easier on a smaller scale – from planning to the integration process itself.

So, let’s take all of the pain points we discussed above and turn them into opportunities!

It’s difficult to create a fully-fledged public transportation system when ridership varies greatly from one route to the next. Demand-responsive transit (DRT) is an opportunity to create a system that works for everyone and is fiscally stable in the long run.

Many remote workers are already ditching the big city and enjoying the calmer and often cleaner small city living. Creating opportunities for remote teams is crucial for the development of economic stability without dependence on a bigger city nearby. This means a developed infrastructure based on the needs of the community, ultrafast and reliable internet connection, entertainment facilities, and other.

While it will be very difficult for a megalopolis to fund a smart initiative privately, this isn’t the case with smaller urban areas. The community and local businesses can take an active part in the funding process to increase the municipality’s own funding scope.

Developing and implementing a smart network across a small or mid-sized city is comparatively easy. The main challenge is to find a funding source that is up to the task of overhauling several systems at the same time. That’s why it’s crucial to create transparent communication and involve all citizens in the project.

On top of that, there are many talented professionals in the industry that are willing to take the challenge that smaller cities pose. Inviting such talent can be easier in this case, as there is less competition compared to metropolises.

A smart ecosystem that works in the background of smaller cities can quickly improve their living standard, draw new investments and new people. In this way, population can be redistributed outside metropolitan areas, creating opportunities and giving a better, healthier life to more and more people.

Of course, it would be an oversimplification to say that all smaller cities can and must go smart – this depends on a lot of factors. But what’s clear is that smaller cities should not shy away from innovation. On the contrary, they need to be brave and explore ways in which they can become the forerunners of smarter living outside megalopolises!