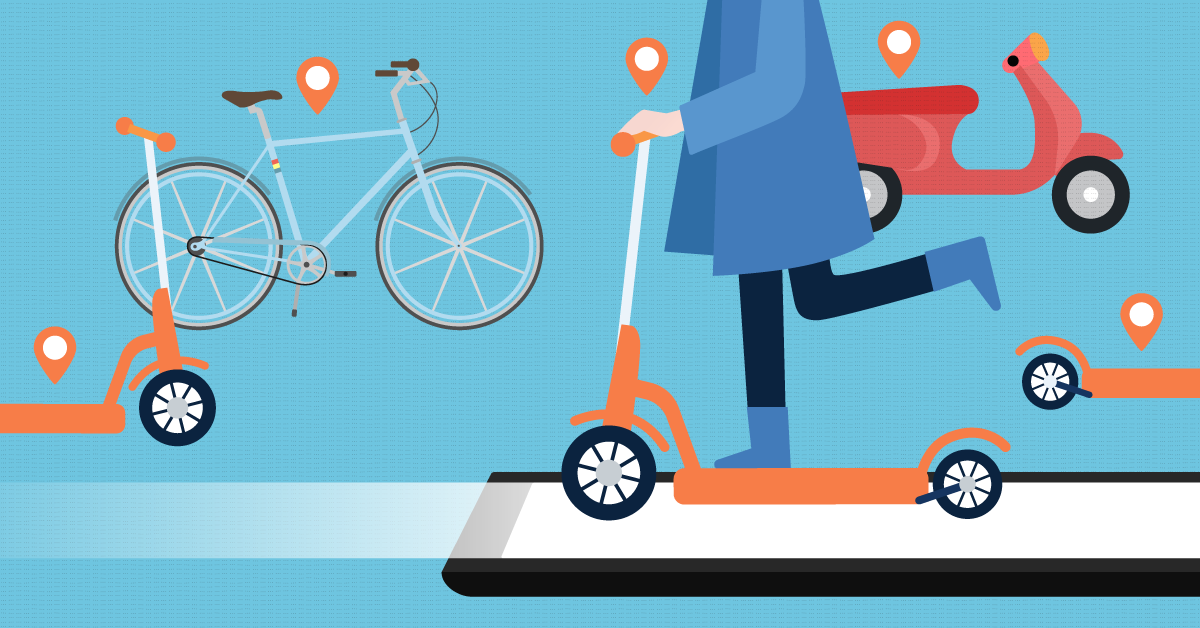 Europe needs to speed up its micromobility efforts. Not only because the conditions are ripe – with a pandemic that showed us the potential of using bikes and scooters instead of regular public transport, but also because it has a very ambitious plan to curb vehicle-related emissions and tackle congestion in its metropolitan areas. From a barely known phenomenon a few years ago, micromobility is the new hip word in transit circles. But what exactly is the plan? And what is micromobility anyways?

Micromobility is not a trend, it’s a viable solution

First, we recognized the harm done by personal vehicles in terms of exhaust emissions. Then, the pandemic showed us the risk of riding on the bus. The obvious solution was to turn to the good old bike. But what if we don’t have a bike? Or it simply can’t substitute the whole commute?

Enter micromobility solutions like bike and scooter sharing. Integrated as part of the public transportation system, they fill in the gaps when public transportation services simply don’t cut it, or when you don’t want to get on your car and spend the next hour in congestion for a relatively short drive. In communities where people are eco-minded, micromobility also has the appeal of an eco-friendly alternative. Whether it will be a first/last mile solution or a substitute for the bus/tram/metro ride, micromobility is seriously changing the status quo. 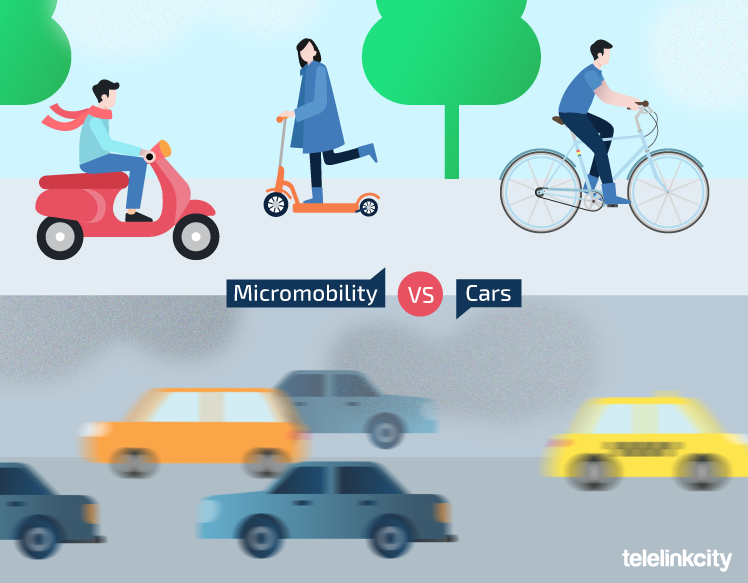 Many people thought rental e-scooters and bicycles will be only a passing trend. They were wrong, as these services will be indispensable on an Old Continent that’s trying to clean up its act.

The proof that change is coming is the recent union forged by eight of the most prominent micromobility providers in the region – Micromobility for Europe (Bird, Bolt, Dott, FreeNow, Lime, TIER, Voi and Wind). Their combined efforts will be aimed at providing a stable wireframe for the implementation of micromobility services with the hope to facilitate the shift to lower-emission public transportation and less congestion. Micromobility for Europe will work with policy-makers to ensure the benefits of this industry are realised to the full. 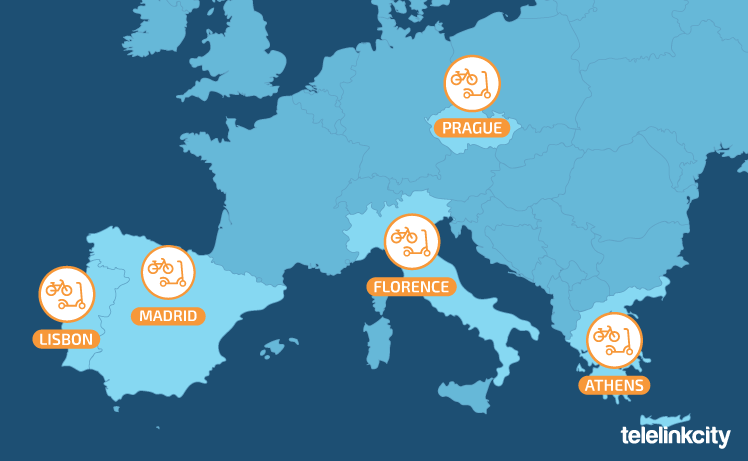 This is needed due to concerns regarding safety, data privacy and others that have plagued the launch of their services in many cities – not just in Europe. The lack of a cohesive legal framework, as well as the lack of proper infrastructure, can lead to unpleasant outcomes that can seriously impact (and even stall) the development of the services.

This union will bring Europe much-needed guidance in the implementation processes and speed up its plans to reduce exhaust emissions – at least 40% cuts in greenhouse gas emissions (from 1990 levels), parking space issues, and congestion. Members of the coalition are currently working in over 10 countries and more than 100 cities in Europe.

Athens, Madrid, Prague, Florence, Lisbon and the like are already reaping the benefits of micromobility, especially for tourists and people who need to get around central parts of the city. Smaller urban areas, especially in countries like Denmark and the Netherlands where people prefer bicycles for any ride that permits it (and have an enormous network of bike lanes), are better prepared to accommodate a shift in public transit usage. As micromobility vehicles are most likely to fit in bicycle lanes, already existing infrastructure is very helpful in the integration process – as opposed to bigger cities that need to rework their streets to accommodate micromobility at scale.

Micromobility can complement public transportation efforts in both big cities and more densely packed rural communities. But to be truly effective, it should rely on a steady stream of data provided by all participants in the transit ecosystem. 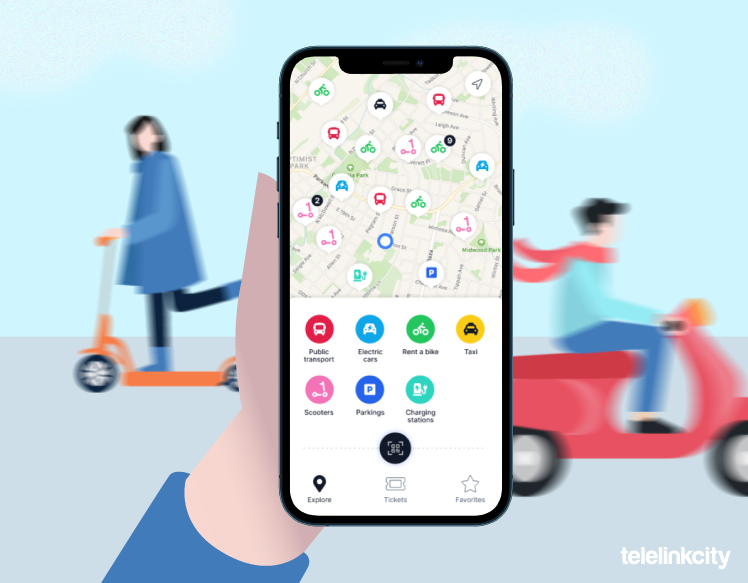 Enter MaaS – Mobility as a Service. MaaS platforms coordinate the efforts of public transportation authorities, micromobility operators and parking providers to create a seamless experience for the end user. For MaaS platforms to work, all participants must adhere to a set of rules for transparent data sharing based on open APIs. The resulting MaaS product – a web portal or mobile app, can then use all available information to deliver better, more streamlined mobility services to citizens.

MaaS platforms can integrate all types of mobility providers but prove to be extremely efficient for the integration of micromobility services to complement public transit. The main cons connected to the introduction of micromobility (data-sharing issues, regulation issues, safety issues) can be easily overturned with the creation of a centralised, locally or state governed MaaS platform. This can ensure that the service lives up to the highest standards of data security and that all participants in the program are compliant with local regulations.

While it’s not uncommon to see rental e-scooters, e-bikes and the like in bigger cities across Europe, the efforts to integrate micromobility in a well-regulated transit framework are just beginning. Google Maps, Moovit and other similar platforms already provide the informational layer of the experience, but riders expect to have the opportunity to be able to do everything in one app – plan, pay and validate using a single product.

Our partners at Modeshift offer such a solution. Their 360 transit platform enables transit authorities to integrate an infinite number of micromobility, ride-sharing and parking services to be integrated within its minimalistic and easy-to-use mobile app. This makes the journey between A and B easier to plan and pay for, saving users time and even money – as purchasing a single app presents the opportunity to offer discounts on the whole trip.

Having this architecture is the first step towards introducing MaaS at scale. We’re moving towards a common goal – to create a seamless experience for riders so that they can enjoy moving around European cities at their own pace, leaving behind personal vehicles in the past where they belong.